Coaching: ensuring the best for our young people 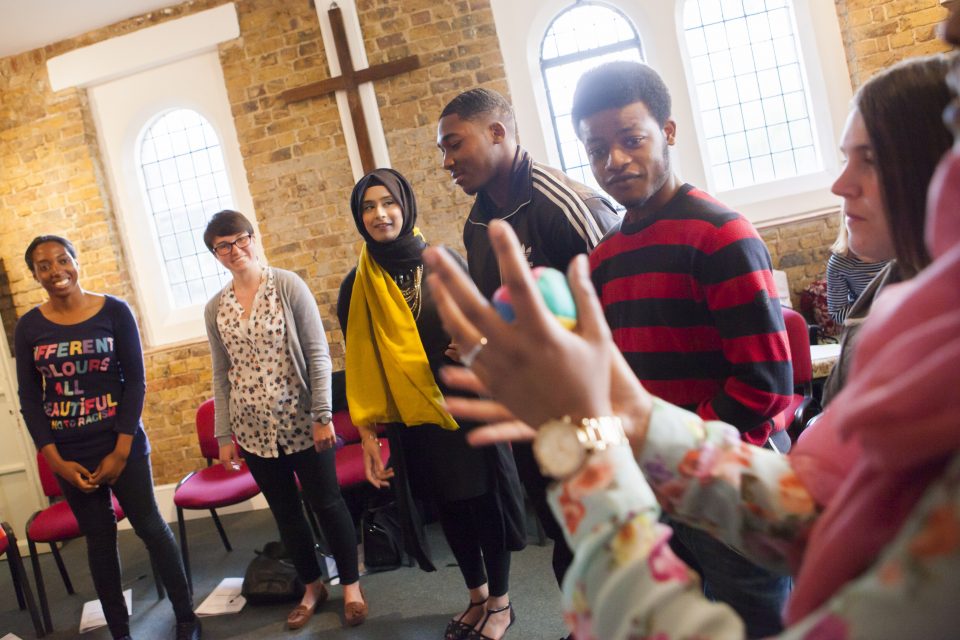 Earlier this month, I went to one of Resurgo’s Spear celebrations in Bethnal Green. Resurgo is a charity partner of Impetus-PEF, and we’ve been working with them since 2010 – helping them with management support, pro bono advice and strategic injections of funding.

So what is Spear? It’s is an intensive employability programme run by Resurgo for young people looking for work. Coaches work with them in small groups to build their confidence, positive habits, and skills to help them get a job. The celebration I went to marked the end of the initial six week Spear programme. The young people and their coaches presented their experiences to an audience of parents, people from the local community and myself.

It was brilliant: moving, inspiring and thought-provoking. So I thought I’d share some of the thoughts it provoked for me.

For one, it strengthened my belief in the power of coaching. Coaching, both as a set of techniques and as a mentality, runs right through Resurgo. It’s not just what they do with the young people they work with, but it’s also how they manage and work with each other. When I spoke to one of their coaches who’d joined Resurgo right out of university, it was clear that his commitment to the organisation came not just from a belief in its mission, but also from the sense that he was continually learning, developing and being challenged. I particularly liked the fact that they use data and coaching hand-in-hand, including lots of data we’ve helped them develop. So coaching wasn’t just a soft fluffy conversation, it was a challenging, evidence-driven, discussion.

Their approach to coaching sparked further thoughts. The first is that understanding coaching will help us at Impetus-PEF understand the organisations we support. Why? Because at the heart of most of them lies a relationship. It’s not always called ‘coaching’, yet building the right relationship between a young person and that trusted adult is crucial, whether it be a tutor from The Access Project or Action Tutoring, a mentor from IntoUniversity, an advisor from Adviza, or a rugby coach from the Dallaglio Foundation. Understanding the principles of coaching might help us understand what it takes to really make change in the lives of young people.

Second, it made me think about the importance and danger of expectations. Many of the young people I heard from had been told by the school system, whether explicitly or implicitly, that they couldn’t do things. Low confidence and low self-esteem were everywhere. When you speak to the best school leaders – people like Natasha Porter from our Public Affairs Committee (the CEO of Unlocked Graduates), or Damian McBeath (the Executive Headteacher of Ark Conway) whose school I visited the other day – they don’t accept low expectations for any of their young people. I think it’s important for us that when we talk about the drastic consequences of social and economic disadvantage, that we side with these amazing leaders and don’t fall into the trap of self-fulfilling low expectations. I suppose I’m saying we should expect the best. Because young people deserve the best. I said much the same at our Transforming Lives Dinner recently:

‘We’re here to do the best. Because I believe that all young people deserve the best. Wherever they’re from, however much money they’ve got, whatever life throws at them. Because you must need the best when circumstances are worst. Whether you’ve fallen on hard times, fallen out of school, or just fallen in with the wrong crowd. That’s why we do what we do at Impetus – The Private Equity Foundation.’ To listen to my full speech, click here.

Finally, and this is purely personal, the event was humbling. It hammered home how privileged I am to have had the experiences and choices I’ve had. To see young people thrilled by the chance to get their first job working in a shop or a warehouse really put the chances I’ve had into sharp contrast. The fact that I’ve been able to choose jobs because they interest or excite me, or because they’ll take me to interesting countries, or because I’ll learn a lot, is such a rare thing. It’s too easy to get caught up in things and forget that.

Resurgo's award-winning Spear programme helps to get the most disengaged young people ready for work and into a job. Impetus has helped Resurgo develop a strategy for growth while retaining a focus on delivering a high-quality programme.

Impetus wants all young people from disadvantaged backgrounds to get the best support. Which is why we back the best charities working with different groups of young people, in different ways, all over the UK.